Justified or excessive? We asked experts if police shoving snow into a suspect's face is acceptable 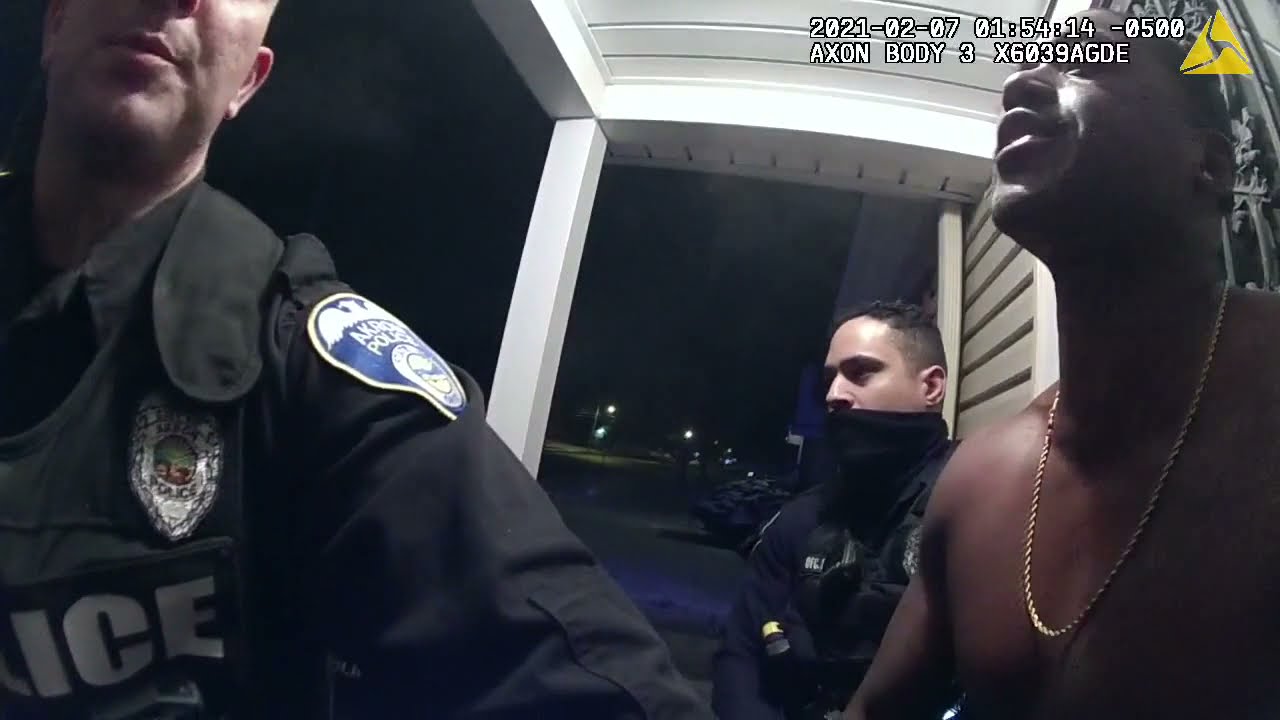 It was a routine domestic violence call about 1:45 a.m. Feb 7, like hundreds of others Akron police respond to every year.

When officers arrived, they found Charles Hicks II standing on his front stoop and, like many people facing arrest, Hicks didn’t initially cooperate with officers.

The story might have ended as a textbook example of how to handle a difficult arrest if not for officer John Turnure.

Once police seemed to start gaining control of Hicks after pulling him onto the ground, Turnure three times scooped up snow and forced it into Hicks face, nose and mouth, prompting Hicks to say, “I can’t breathe” — the phrase etched into the national psyche last year after George Floyd died while being arrested by Minneapolis police.

Akron’s mayor has since apologized, saying Hicks was “disrespected” and the acting police chief made clear that Turnure’s actions weren’t part of Akron police training or justified.

The union that represents Akron police stood by Turnure, saying that shoving snow in someone’s face was a “distracting technique used to to shock the resisting suspect out of his criminal resistance.”

So who is right? At least nine academics and police use of force experts contacted by the Akron Beacon Journal declined to comment on the Akron case.

Arthur Jipson, a University of Dayton sociology professor who directed the criminal justice major there for 13 years, said repeatedly shoving snow into someone’s face is inconsistent with at least most police training, including the Ohio Police Officer Training Academy.

Moreover, he said, police are trained to be very careful of doing anything that could obstruct someone’s airflow, like clogging someone's nose and mouth with snow.

“And if you are restricting airflow, you only do it in the most extreme cases and only for the shortest time,” he said.

Jipson said he believes something else was at play in Akron.

“When I looked at the video, I thought, ‘There’s an officer who’s angry,’ ” Jipson said, referring to Turnure.

Turnure hasn’t commented on what happened so it’s unclear what he was feeling when he shoved snow into Hicks’ face.

But anger and frustration is common among police across the U.S.

A 2017 study by the Pew Research Center revealed that 21% of police officers nationally said their job nearly always or often makes them feel angry and frustrated.

The feelings were linked to those officers having a more negative view of the public, Pew reported. They also were more likely than their colleagues to support more physical or aggressive policing.

Officers learn to monitor their breathing and pulse rates so they can recognize their own anxiety or fear. They're taught those emotions often can be defused with a deep breath or two or counting to 10, Jipson said.

“That can be a real challenge for any of us,” Jipson said. “That said, we always tell students, ‘Respond with your head, not your heart.’ ”

Police are also taught to work in teams and to check in with one another to make sure they’re emotionally all right and doing the right thing, he said.

Jipson said you can see that in the body camera video of the George Floyd arrest when an officer asks Derek Chauvin questions as Chauvin kneels on Floyd’s neck.

“Here, should we get his legs up?” officer Thomas Lane asks Chauvin as Floyd repeatedly says he can’t breathe.

Chavin tells the rookie officer no. But Thomas soon tries again: “You want him on his side?” he asks Chauvin, suggesting they roll Floyd. Chauvin again declines.

To an outsider, Thomas’ questions to Chauvin may seem insignificant, Jipson said. But in police lingo, Thomas is challenging Chauvin, urging Chauvin to check his emotions and his actions.

“It’s been likened to the way physicians talk to one another,” Jipson said. A physician may not bluntly call out a colleague about doing something wrong and instead offer an alternative way of doing things.

No Akron officers appear to speak up as Turnure shoved snow into Hicks’ face. But it occurred very quickly — three handfuls of snow in 15 seconds — amid commotion in the dark, so it’s not clear whether other officers even noticed what was happening.

Nevertheless, Turnure's actions became clear after police initiated a use-of-force investigation the same day as Hicks’ arrest. Akron officers, under department policy, are required to write reports detailing any use of force. Video from body-worn cameras is also collected and reviewed.

The city produced police body camera videos April 8 after a request by the Akron Beacon Journal amid Turnure's resignation. Akron’s Acting Police Chief Michael Caprez said at the time that department policy on excessive force was working because the department identified what Turnure did and took action.

Turnure, who remains under investigation, submitted his resignation in late March.

Jipson said he was “pleasantly surprised” by how Akron’s police department handled the incident because not all departments are so forthcoming.

“I really want to clearly communicate — this is not a department trying to obfuscate, or hide, anything,” Jipson said, pointing out that internal use of force investigations often last months because there is so much footage to go through and witnesses to interview.

But Akron City Councilman Shammas Malik, who was unhappy it took so long for the release of the video in Hicks’ case, said issues still need addressed.

“It is clear that Mr. Hicks needed to be arrested. And watching the video, you can see that most of the officers acted appropriately,” Malik said during a Public Safety Committee meeting Monday.

“But there’s also no doubt that the officer’s behavior after Mr. Hicks was already on the ground represents unacceptable and dangerous force, which should trouble us all,” he said

Malik urged the Akron Police Department to come up with concrete steps about training and messaging so other officers don’t see what Turnure did as acceptable.

Nationwide, there is a lot of misunderstanding among police about breathing, wrote Brian Casey, a Minnesota police sergeant who hosts the CopThink Podcast.

He declined to comment for this article because he’s an active-duty officer in another state. But Casey has made a training video and written articles trying to dispel myths many officers believe about breathing.

“I was a paramedic for 20 years before I became a police officer, so I cringe when I hear officers say, ‘If you can talk, you can breathe,’” Casey wrote. “But this belief is not uncommon nor is it limited to the uninformed.”

If someone says they can’t breathe, officers should provide good ventilation by loosening tight clothing or anything else that may restrict breathing.

“Not only is it compassionate, but calm people generally have a lower oxygen demand,” he wrote.

In Akron, some police did try to calm Hicks, both before and after he was on the ground,  video shows.

About 15 seconds after Turnure shoved snow in Hicks’ mouth for the third time, officers lifted Hicks — who was coughing, saying he couldn’t breathe and apologizing to officers at the same time — onto his feet and walked him to a waiting police cruiser.